My solution for a cheap air purifier

Seeing some recent ‘fuzz’ about making your own air-purifier, for example on BigClive.com, so I decided to blog about my solution.

Some background; about 2? years ago I wanted to get an air-purifier for home. I was having a lot of issues with allergies caused by pollen. I already had a luftwäscher but this didn’t seem to help as much as I hoped, even though from its reservoirs it was clear it did remove stuff from the air. When I was looking around for one, Philips had one for sale in their webshop and on top of that: 2 for the price of one. So together with somebody else I bought 2, so I got one relatively cheap. 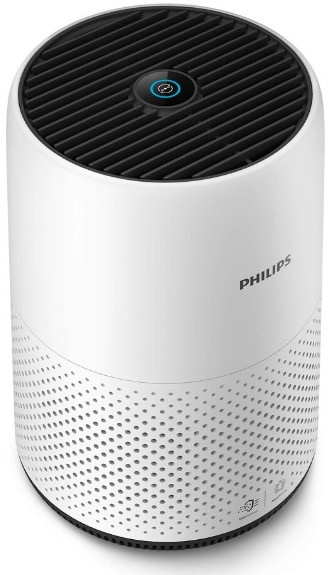 The air-purifier worked well, on my small-particle sensor I could see the effect immediately. All good so far.

At the blue arrow the filter was turned on, the peak was around 20µg/m³.

I looked around to getting an extra one and found that most of them where very expensive, €160 for the Philips at the time. I also found that in general the price of the filters was very high (this is maybe more important the the price of the purifier itself). So I check how much the one for the Philips one was; ~€13 in the Philips shop. That is pretty cheap and they claim it lasts for about a year. But the silly plastic case with a fan is not worth 140 euro in my opinion.

So I set out to design my own, as a fan I wanted to use a computer fan (12 or 24 V), have it controlled based on data from the small particle sensor I already had and either milled or 3d printed casing.

So I designed a 3d printable case around the filter. I am currently working on a slight updated design for a second one, might blog about that later. (I have a bigger 3d printer, so don’t have to print everything in separate parts ).

So this is how it looks, it is not very pretty as I had to print it out of many parts and ran out of same color plastic. (So some parts are spray painted). 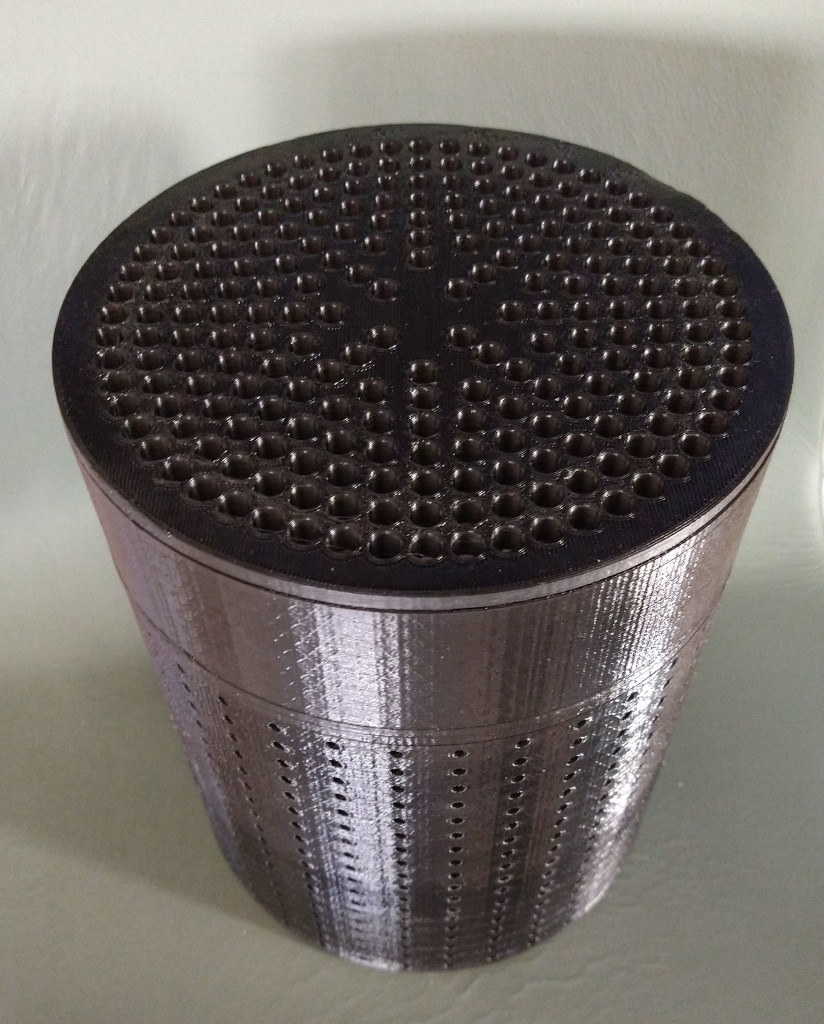 The bottom parts holds the filter, the top part the fan + a wemos to drive it. The whole thing is powered from a 12V wall adapter.

To show it works well, this is the filter new: 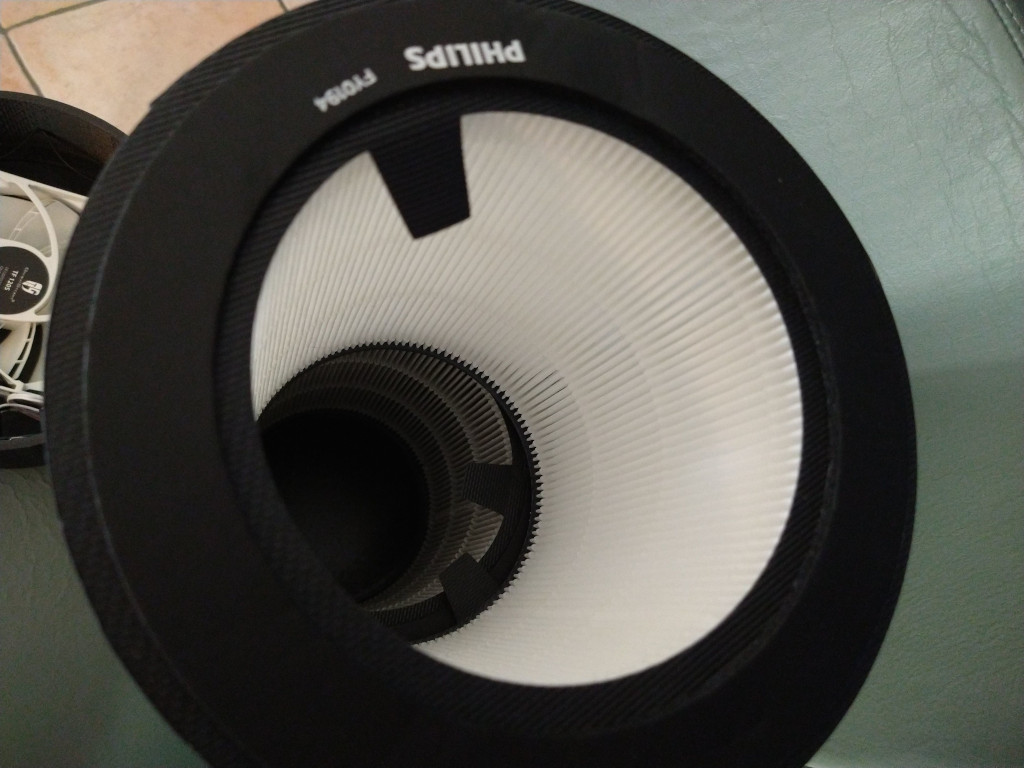 And this after 3 months of use: 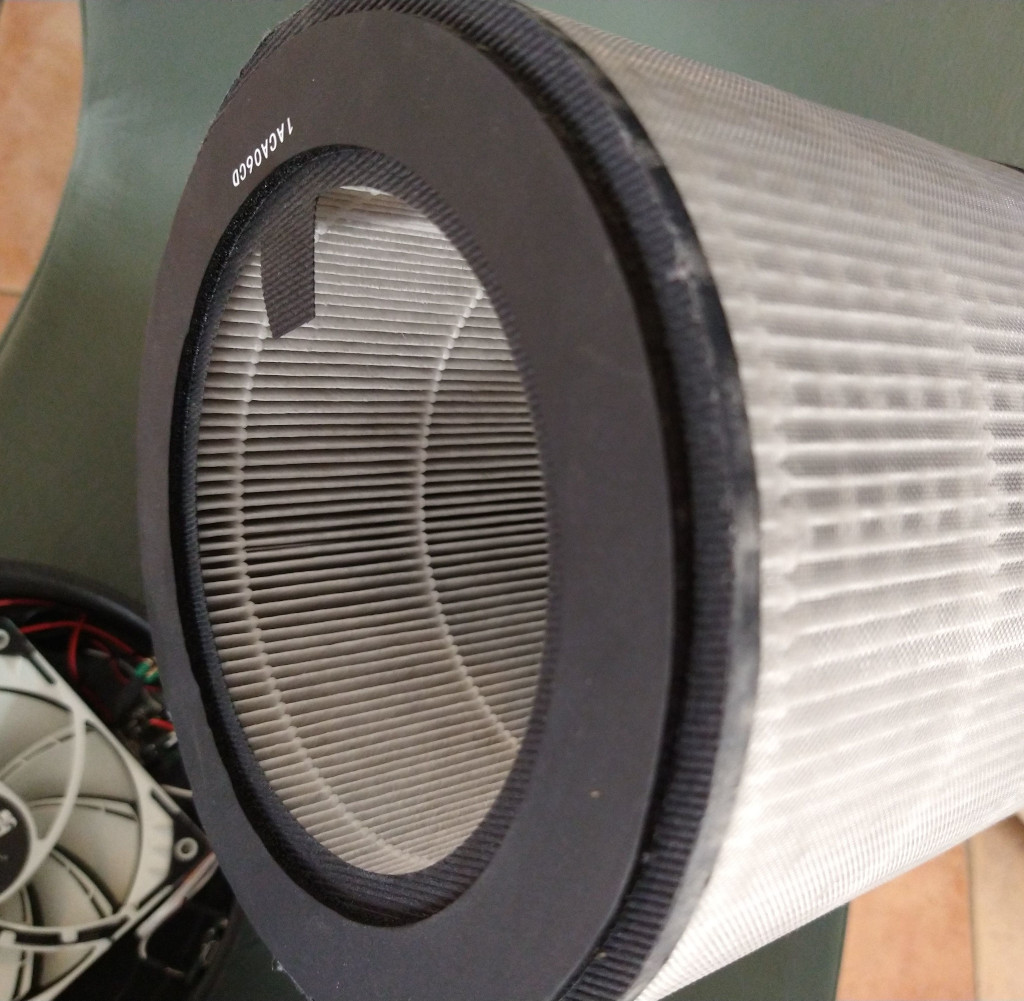 While it might not be so clear on the picture, the difference is significant.

The filter sits in the bottom part, sealing it self over a small cylinder extruding from the bottom: 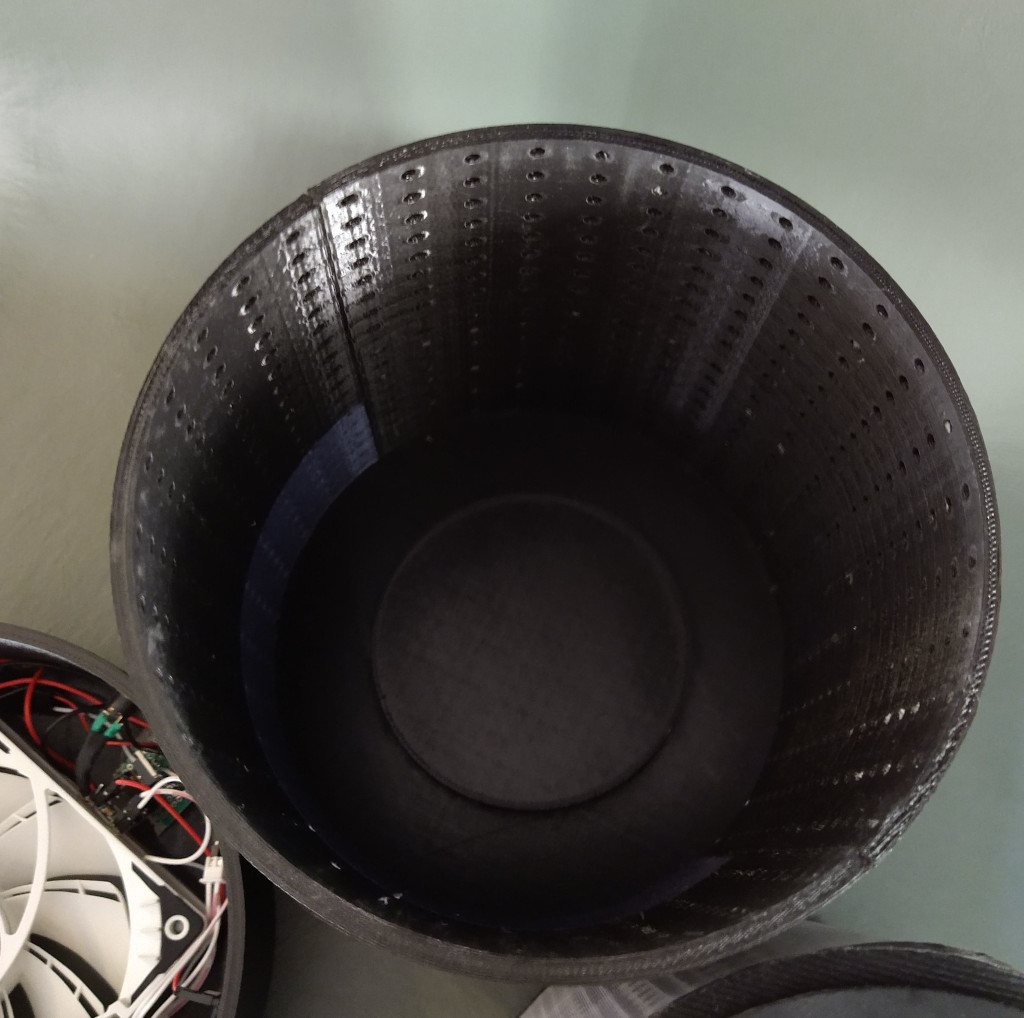 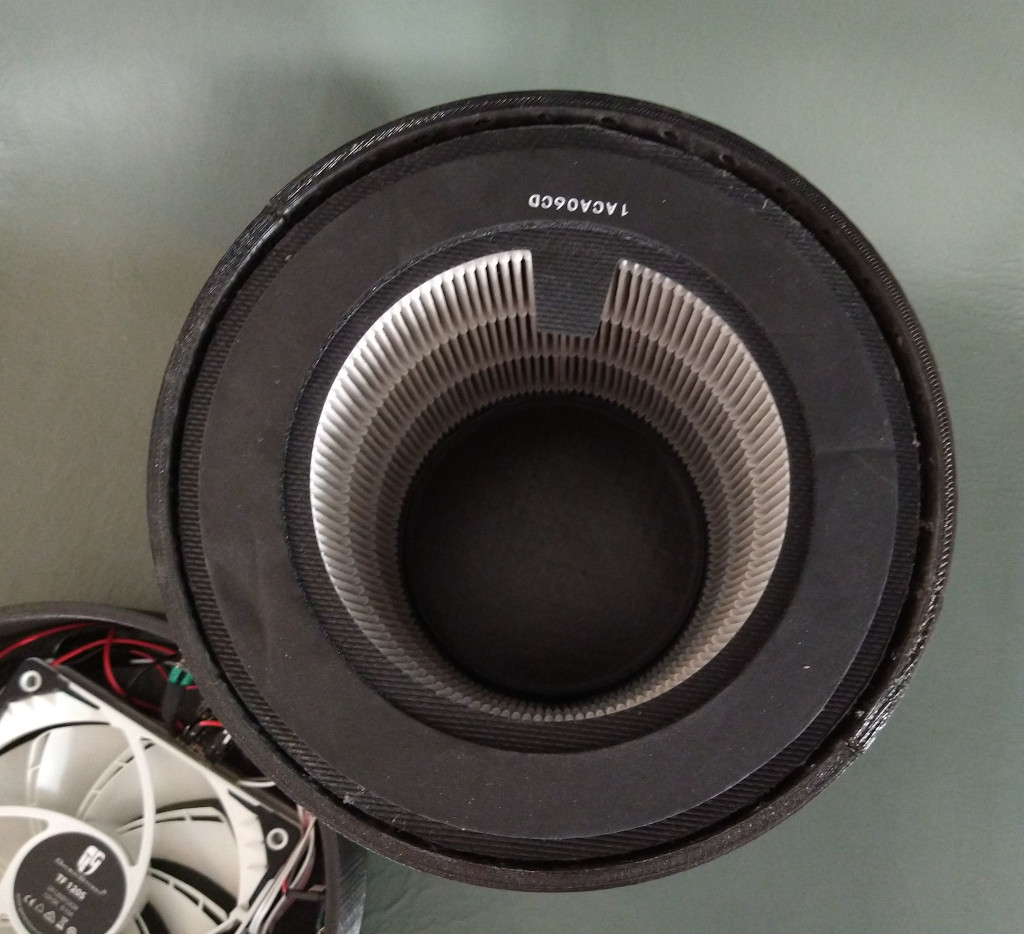 The top part has a same extruded cylinder but hollow sealing the filter on the top. The hole is exactly the size of the 12x12cm fan. In the side of the top part is space for a barrel plug connector. After trying a few solutions of fan, I wound up using a PWM controllable computer fan driven by a wemos. 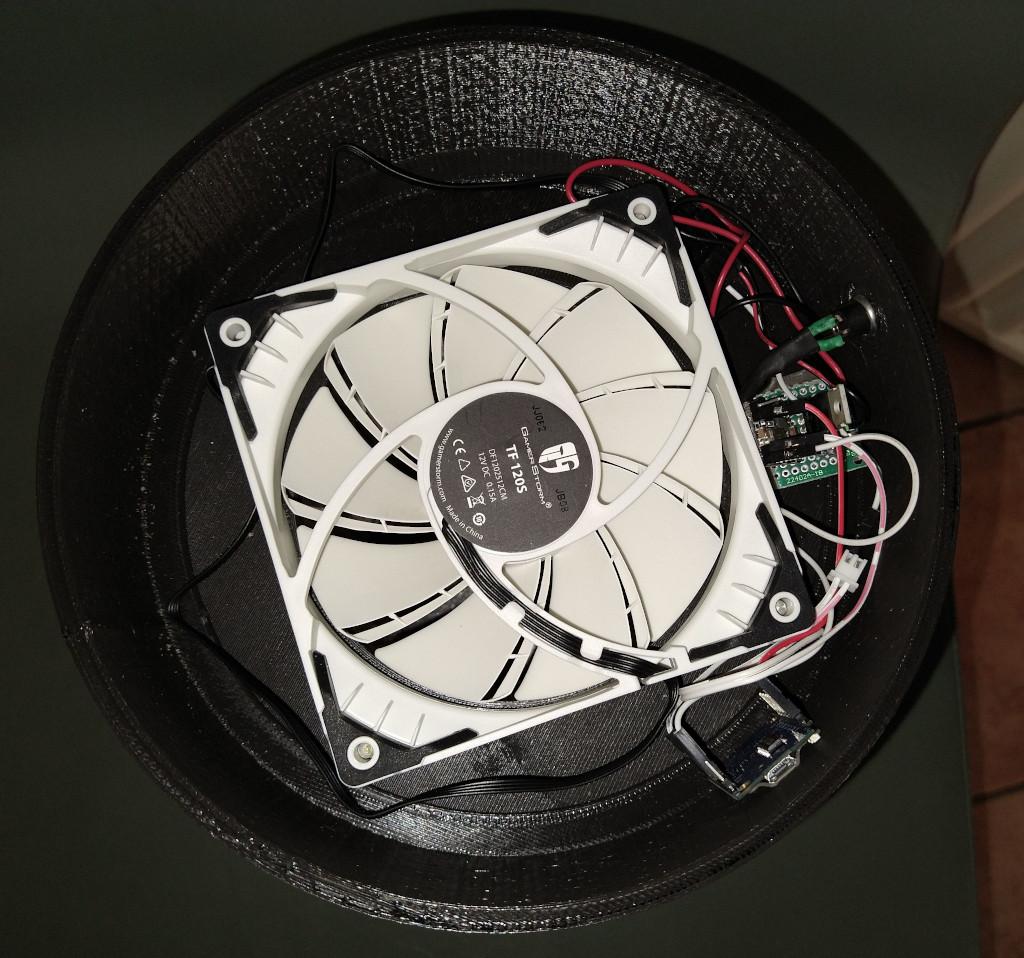 I just stuck everything inside with double sided tape. This has now been running successfully for the past year.

The costs are a lot less then buying a new one, these are the parts I used:

I think this totalled at around €24. Where the fan was the most expensive part. The plastic I used back then was very cheap, I would go for a bit better now avoiding me the frustration of having to glue several parts together because of print failures. So with the filter added I was finished in less then €40 euros. €120 euro saved.

There, as always, are some improvements to make (some resolved in new version):

comments powered by Disqus
We would like to use third party cookies and scripts to improve the functionality of this website.ApproveMore info