For the past few years, my Samsung 740BF been acting up a bit. When turning it on, or waking up from standby it would go give a garbled image. However turning it off and on fixed it. However the last few weeks it been failing all around, until today it decided to fail completely.

Experience learns that in most cases monitors and other devices die because of bad capacitors. This must be true, because there is a wikipedia article.

So opening it up, I must say, Samsung nicely constructed this. It nicely clicks together and only a few screws are needed to hold everything firmly in place. So I opened it up and took out the power supply. 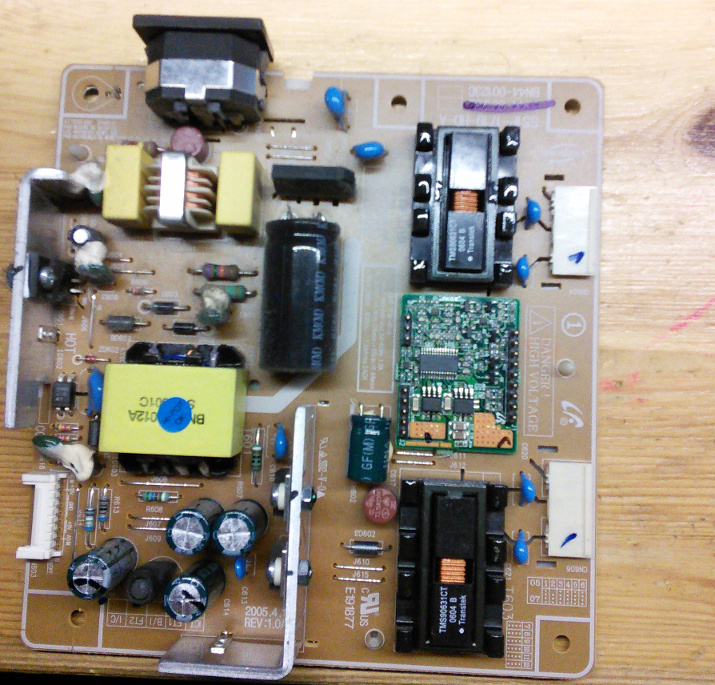 If you take a good look you see that one capacitors is swollen. The 3rd capacitor in the lower left corner. So with a bit of careful soldering I took the capacitor out, a 16V 1000µF one. Replaced it by a new one with exactly identical specifications I had in my collection. Though I am not sure that it is of better quality, but never hurts to replace it. So after a few minutes of soldering: 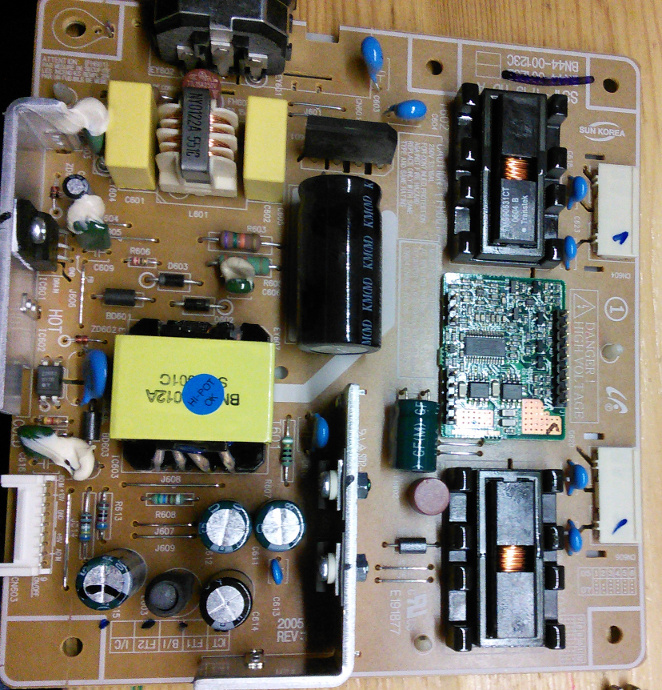 A fresh new capacitor in place. A quick assembly later, it worked like new. It now turns on without an issue and wakes up from standby. So using a € 0.03 capacitor I gave my (ancient) monitor a new life, a very dutch thing for me to do.